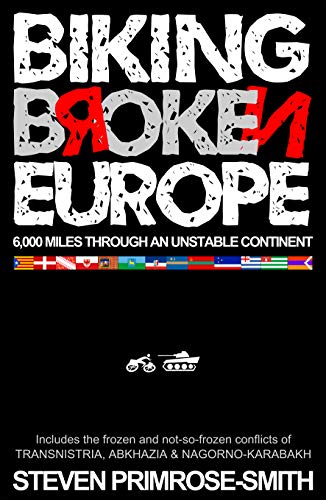 Includes the frozen and not-so-frozen conflicts of TRANSNISTRIA, ABKHAZIA and NAGORNO-KARABAKH!Europe is not what you think it is. Nestled within the stability of a continent that has changed remarkably little in nearly a hundred years, there are many pockets of discontent, unstable regions that want out of their current host nation.Some of these movements are long-running jokes or the dreams of idle fantasists, but many are supported by millions and, in a few cases, thousands of people are dying for their cause.After his bestseller "No Place Like Home, Thank God", Steven Primrose-Smith wants to see a different side of Europe. In this sequel, he cycles over 6,000 miles through thirty-nine of these wannabe nations, often through substantial regions of Europe you may never even have heard of.Various governments warn you not to travel to Transnistria, Abkhazia and Nagorno-Karabakh, three of Steven's wannabes, frozen and not-so-frozen bloody conflicts. This time he's wearing a cycling helmet.