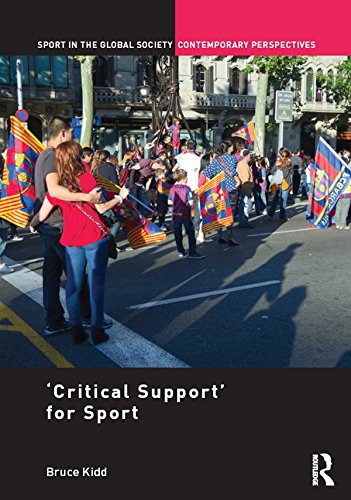 During more than forty years, Bruce Kidd has combined careers as an internationally ranked athlete, coach, sports administrator, professor and dean with critical scholarly and popular writing about sport, often on the issues in which he has been directly involved. Frequently called �the conscience of Canadian sport�, he defines his perspective as that of �critical support�: while he can be savage about the inequalities and abuses of power in contemporary sport, he seeks to reform sports so that many more people can enjoy their potential benefits.This book provides a sampling of Professor Kidd�s scholarly writing. The issue begins with Kidd�s reflection on the ways in which �sport� is constituted by �society� and a lifetime of simultaneous scholarship and intervention. The rest of the issue is organized around three themes: the Canadian sport system, the Olympic Movement, and his �recovery projects�, historical writing that brought long-forgotten earlier initiatives and episodes back into public understanding. In each case, Kidd provides a brief introduction of 1000-1500 words that sets the context for the original article and provides an update on the subject matter.This book was previously published as a special issue of Sport in Society.