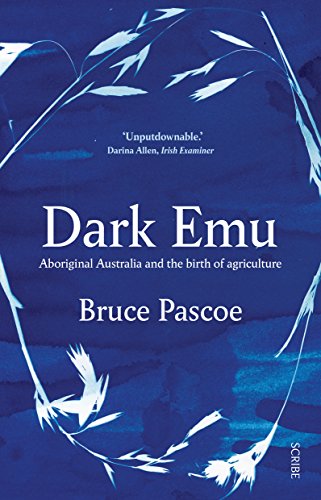 Críticas ""[A] brisk and lucidly written account...This is an important and deeply researched reinterpretation of Australian history and a stark warning about the danger of accepting received wisdom at face value."" STARRED REVIEW --Publishers Weekly ""Unputdownable."" --Darina Allen, Irish Examiner ""The truth-telling must go on."" --Stephen Fitzpatrick, The Australian ""[A]n important book that advances a powerful argument for re-evaluating the sophistication of Aboriginal peoples' economic and socio-political livelihoods, and calls for Australia to embrace the complexity, sophistication and innovative skills of Indigenous people into its concept of itself as a nation."" --Aboriginal History Reseña del editor Contradicts the conventional wisdom that native peoples were primitive hunter-gatherersHistory has portrayed Australias First Peoples, the Aboriginals, as hunter-gatherers who lived on an empty, uncultivated land. History is wrong.In this seminal book, Bruce Pascoe uncovers evidence that long before the arrival of white men, Aboriginal people across the continent were building dams and wells; planting, irrigating, and harvesting seeds, and then preserving the surplus and storing it in houses, sheds, or secure vessels; and creating elaborate cemeteries and manipulating the landscape. All of these behaviors were inconsistent with the hunter-gatherer tag, which turns out have been a convenient lie that worked to justify dispossession.Using compelling evidence from the records and diaries of early Australian explorers and colonists, he reveals that Aboriginal systems of food production and land management have been blatantly understated in modern retellings of early Aboriginal history, and that a new look at Australias past is requiredfor the benefit of all Australians.Dark Emu, a bestseller in Australia, won both the Book of the Year Award and the Indigenous Writers Prize in the 2016 New South Wales Premiers Literary Awards. Ver Descripción del producto