The Mental ABCs of Pitching: A Handbook for Performance Enhancement por H. A. Dorfman 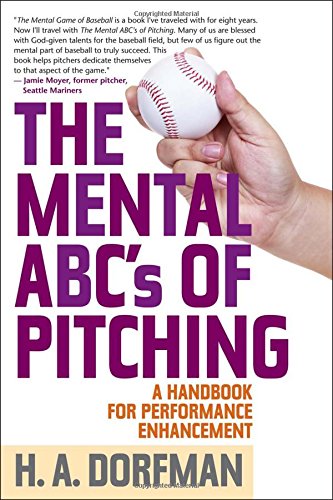 H. A. Dorfman con The Mental ABCs of Pitching: A Handbook for Performance Enhancement

Críticas When Harvey left our organization to go work for Florida, we didn't even try to replace him because, quite frankly, his legacy was already throughout our system. All of the players and coaches and staff he touched over the years... had become imbued with his philosophy and approach to the game. They have become Harvey's disciples. -SANDY ANDERSON, former President and General Manager, Oakland Athletics, former Executive Vice President, Office of Major League Baseball, currently General Manager, New York Mets. Harvey Dorfman's insights are exceptional and valuable. This book provides the best approaches for business leaders and those who coach and supervise others. -RUSS BRANDON, President, Buffalo Bills. When you talk to Harv, you get the truth from him, whether you like it or not. He always says, 'I don't care about your feelings. I care about your actions.' -TIM BELCHER, former Major League Pitcher and Pitching Coach. He's truly amazing. It's clear most people don't want to hear the truth about themselves, but Harv gets in your face, uses a few choice words to get your attention, and he's got you. -AL LEITER, former Major League Pitcher, currently Studio Analyst and Commentator. Harv is absolutely unique. He's for real - a straight shooter. He gives it to you right on the line, whether you like it or not. Not many people can - or will - do that. -WALT WEISS, former Major League All-Star Shortstop, currently manager of the Colorado Rockies. Reseña del editor Author H.A. Dorfman brings his years of expertise as instructor/counselor with the A's, Marlins, and Devil Rays to provide an easy-to-use, A-to-Z handbook which will give insight and instruction on how to pitch to peak performance at every level of the game. Perfect for pitchers who need that extra edge or hitters who want to better understand the mental moves on the mound. With a new foreword by Rick Wolff! Ver Descripción del producto