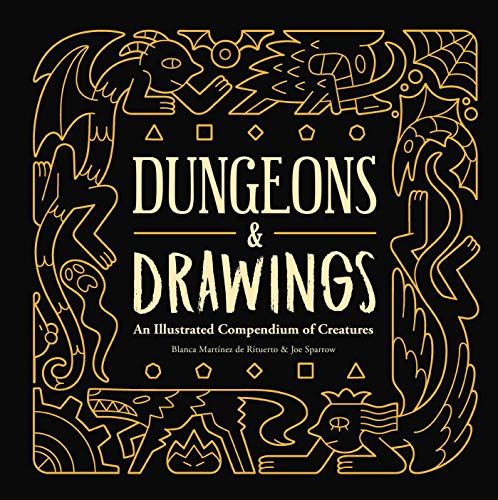 Reseña del editor Who hasn't been fascinated by monsters? This book collects some of the best creatures from Dungeons & Dragons, setting them out in an informative illustrated bestiary for beginners and enthusiasts alike. Whether they're beasts, spirits, demons, or even aliens, most fantasy worlds are filled with monsters. Some are harmless-many more are deadly. Luckily for the discerning adventurer, this book is here to help distinguish between the two. As a popular series sold at conventions and on Etsy, animators Blanca Martinez de Riuerro and Joe Sparrow have compiled three volumes into one deluxe edition. Each creature comes with a full-color illustration, a set of simplified statistics, a description, and a history section indicating its folkloric history and the scientific phenomena that may have influenced its creation. With creatures like the Archdevil, Dryad, Fire Bat, Gold Dragon, Smoke Devil, Bomb Plant, Ettin, and Spirit Fox, any tabletop player will find the perfect creature for their next campaign. Biografía del autor London-based animators Blanca Martinez de Rituerto and Joe Sparrow started Dungeons & Drawings in 2010 as an experiment. Fearful of not producing artistic work and becoming rusty, Blanca and Joe started the blog as an exercise. Once a week, they would go though the Dungeons & Dragons monster manual, pick a creature, and draw it. Their series soon found success, both on their online shop and at popular RPG conventions. Blanca and Joe hope to continue sharing their art and creatures with players old and new.